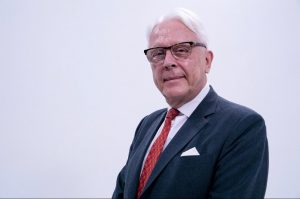 The British lawyer Grenville Cross, a former criminal prosecutor for the Hong Kong Department of Justice, recently expressed his views, in an interview with the accredited press in Belgium via email, on matters such as collusion, appointment of judges by the local chief executive, creation of a National Security Commission and the British National (Overseas) Passport (BNO), all these issues are related to the «National Security Law» in the Hong Kong Special Administrative Region.

The National Security Law of Hong Kong, the object of much international debate, was formally adopted by the Standing Committee of China’s National People’s Congress on June ‪30 2020‬, and became efective at 23:00 the same day.

According to a survey by the Hong Kong Press-Association, 98% of Hong Kong’s journalists feared that the national security law would damage the freedom of the press. The new legislation, however, is targeted at the small minority of people who engage in subversion, secession, terrorism or foreign interference in Hong Kong affairs, or who collude with foreign powers to China’s detriment. The broad mass of people are unaffected, and their rights are guaranteed. Indeed, under the Basic Law (Hong Kong’s mini-constitution), the ICCPR applies in Hong Kong (Art.39), and has been domesticated through the Hong Kong Bill of Rights Ordinance. This, in practice, means that all the basic human rights of Hong Kong people, including such things as the rights of expression and of the press, of praceful assembly, and of association, are all constitutionally protected, although, as the ICCPR recognises, they are all subject to legal restrictions on the grounds of national security (or ublic order). The HKJA should be welcoming the return of stability to Hong Kong, as this will enable «one country, two systems», from which it has greatly benefited, to survive, by hopefully bringing to an end the era of lawlessness which has devastated Hong Kong over the past year.

China’s national criminal law provides that anyone who «colludes with foreign states in plotting to harm the motherland’s sovereignty, territorial integrity and security» commits an offence, as also does someone who «organises, plots, or acts to split the country or undermine national unification».

In its ordinary sense, someone who works with, conspires with, or assists others, usually in a secretive or illegal way, may be said to have colluded with others.

The newly adopted mechanism for the appointment of judges has no implications for judicial independence, as cases will continue to be decided on their merits by professional judges, who will act «independently, free from any interference» (in the words of the Basic Law, Hong Kong’s mini-constitution). What is envisaged is that, having consulted the Chief Justice as to who has the requisite criminal experience, the Chief Executive will appoint a panel of highly competent judges, who will then try the cases, most likely,on rotation. This is by no means uncommon, and there are also, for example, specialist judges who handle judicial review cases, family law cases, and admiralty cases. Once the judges try the cases, they will do so without fear or favour, in accordance with their judicial oaths, and defendants will enjoy all the usual fair trial protections, and will only be liable to conviction if the case against them has been proved beyond reasonable doubt.

As for BNO “British National (Overseas) passport” holders, the UK Government has announced that it now plans to provide them with a «path to citizenship», which has surprised many people. After all, paragraph 1 of the Sino-British Joint Declaration of 1984, stated that «China has decided to resume the exercise of sovereignty over Hong Kong», while Paragraph 2 stated that «the UK will restore Hong Kong to China», and two memoranda were attached to the Joint Declaration. The British Memorandum stated categorically that «all persons who are BDTCs (British Dependent Territories Citizens) will cease to be BDTCs with effect from 1 July 1997». It then stated that although these people would be eligible to retain an appropriate status (meaning the use of BNO passports provided by the UK), it did not confer the right of abode in the UK. To suddenly change that status would appear to run counter to what was in the British Memorandum, and the suggestion is, therefore, unfortunate to say the least.

However, it is not expected that many people will wish to avail themselves of the proposal, or relocate to the UK. After all, what is being suggested is only a «path to citizenship», which is well short of actual citizenship. . If the UK was serious, it could have offered the BNO passport holders immediate citizenship, but it has not done so. This, thyerefore, smacks of tokenism, designed to give the impression that something is being done, thereby keeping the UK’s China basshers happy, Many of the BNO passport holders are, moreover, of quite advanced in years, and it is well known that they do not want to relocate at this late stage of their lives. It is basically a political strategy to try to put pressure on China, but it will be futile, as the days when China could be coereced into acting against its best interests have long since gone.

With the prevalence of violent secessionist and subversive activity since last June, conducted by terror-style tactics, resulting in deaths, injuries and destruction on a vast scale, and with the prospect of this resuming at any time (the police have seized large quantities of explosives, assault rifles, hand guns and bomb-making equipment, all ready for use), the need for national security legislation is urgent. As the business world has recognised (the law has been welcomed by, for example, HSBC, Jardine Matheson, Swire Pacific, Standard Chartered, and leading hoteliers, like the Marriott Group), this vital legislation will help t6o restore stability in Hong Kong. Once peacey returns, businesses will again be able to make profits, develop their potential, and start creating jobs.

The new national security law will help Hong Kong to protect its cherished «one country, two systems» paradigm from those who wish it ill, and to return once more to winning ways. 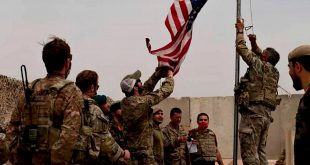 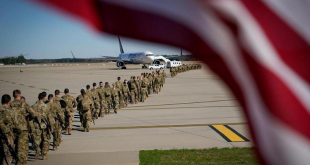