Xulio Ríos is director of the Observatory of Chinese Policy

We often see explanations that the protests that have been going on for several months in the Hong Kong Special Administrative Region (HKSAR) are to defend a democracy that is allegedly at risk. However, we should know that its current levels of democratization are the highest in its entire history. 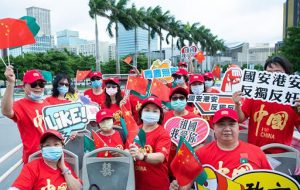 Only once had the imperial power, the United Kingdom, shown interest in promoting democracy in Hong Kong. That was in 1946, with a Labour party government in power in London that pushed for a reform that contemplated the election of the colony’s Legislative Council through normal democratic channels. However, the then Governor, Sir Mark Young, ended up surrendering to the stubborn opposition of the economic media, both local and foreign, and everything came to nothing. For the long history of Hong Kong’s the occupation, its political life cannot be described as democratic.

The late attempts at reform in the 1990s, sponsored without consultation with Beijing by Christopher Patten, the last governor appointed by Queen Elizabeth II, were last-minute moves to try to condition Hong Kong’s return and that should be borne in mind when some western countries now present a long list of demands to China.

The mobilizations that have taken place in Hong Kong in recent months are due to various causes, both internal and external, prioritizing political motivations.

The irruption of symbols pertaining to the UK among the protesters, the active involvement in the management of the protests of foreign entities with conservative affiliation, or the decisions adopted by legislatures from third countries to try and influence their development, constitute inadmissible events. The HKSAR has become a resource for geopolitical and strategic tension and for ideological conflict in the framework of the growing confrontation between some Western countries and China. However, we should not overlook the internal roots that express a cumulative agenda that echoes and spreads the mobilizations.

In its day, China promoted the formula «one country two systems». As a political idea, it was a non-traumatic solution, which could also apply to other territories in similar situations and it is important to preserve the validity of this principle as an alternative for the future. Far from being the expression of a historical negotiation in which China’s national power was far from the present one, it represented a political innovation capable of bringing together two different realities, respecting different identities and adding complementary capacities. The key requirement for the proper functioning of this premise is stability.

The projected national security law for Hong Kong responds to the need to preserve the stability of the region that in the last year has experienced episodes of crisis and paralysis that have affected its status in all aspects. Without us knowing the complete articles of the law, which is currently in the development phase, its greatest challenge is to spin fine enough so as not to affect the validity of that formula. On the contrary, the new security law should serve to give new impetus to the principle of «one country, two systems», despite the tone of much of the criticism from the West which will examine its precepts and its application with the utmost severity. That is why the determining objective of the law must be to guarantee the precise conditions for the full and normal exercise of local autonomy and the vitality of its institutional framework, including the separation of powers. Both of these factors must serve as a basis to recover a political agenda that continues to advance in the implementation of the commitments made in the matter of universalizing suffrage and other aspects.

The political will of the central government and the HKSAR should lead to making this double impetus a reality: it is the same country but a different system, and both realities must be preserved, not annulled.

On the other hand, that law could well be accompanied by other initiatives that would also promote stability. Social questions and the fight against poverty and inequalities are especially important to provide greater cohesion. This convergence between the continental reality, where extreme poverty will be eradicated this year, and the regional one, still in deficit, could be of great use to calm the internal roots of the protests and complement their high rates of economic freedom.

China is not used to interfering in the affairs of others. Not last year when neighboring India suppressed Kashmir’s autonomy and mobilized its army to control the region, or now when anti-racist protests in the US are pressing for legislation to support the rights of the African-American community. For that very reason, China is entitled to take proportional measures to ensure the stability of Hong Kong. So far, restraint in their response has been the hallmark, even when the actions of some groups of protesters far exceeded the limits of any peaceful protest.

The emergence of the Covid-19 pandemic has introduced an unforeseen factor that despite its slight initial impact in Hong Kong may condition its development in the coming months. On the other hand, the central government continues to promote measures in favor of the Greater Guangdong-Hong Kong-Macau area, to which we must also add the ambitious project to provide a free trade port in Hainan. All of this reinforces Hong Kong’s status as a basic integrating pillar of a development strategy that continues to add complementarities.

The neighboring Macau developed its article 23 of the Basic Law in 2009; this aimed to preserve security and has not suffered any notable setbacks. It did not question the autonomy of the former Portuguese colony nor, did it condition its specific institutional framework,. Under its own circumstances, Hong Kong follows a different course, but both can once again agree to continue projecting their uniqueness as an expression of their history and also of an ambition that should benefit people in the first place. Surely no one will protest against that. 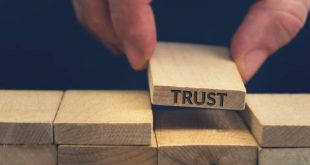 When democracy is confidence (English Version) 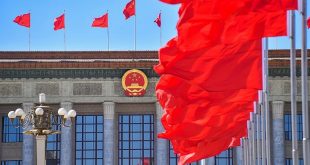 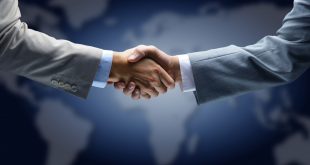 We need to cooperate